This week was about electornics - PCB fabrication, electronic components and assembly. Our assigment for the week was to make the FabISP in-circuit programmer : mill, stuff and program.

I chose Neil’s hello.ISP.44 design with the 20Mhz crystal.

After spending some time with a few other students on the modela (big thanks to Jonathan) I’ve reached the following settings (right modela, eastern section): 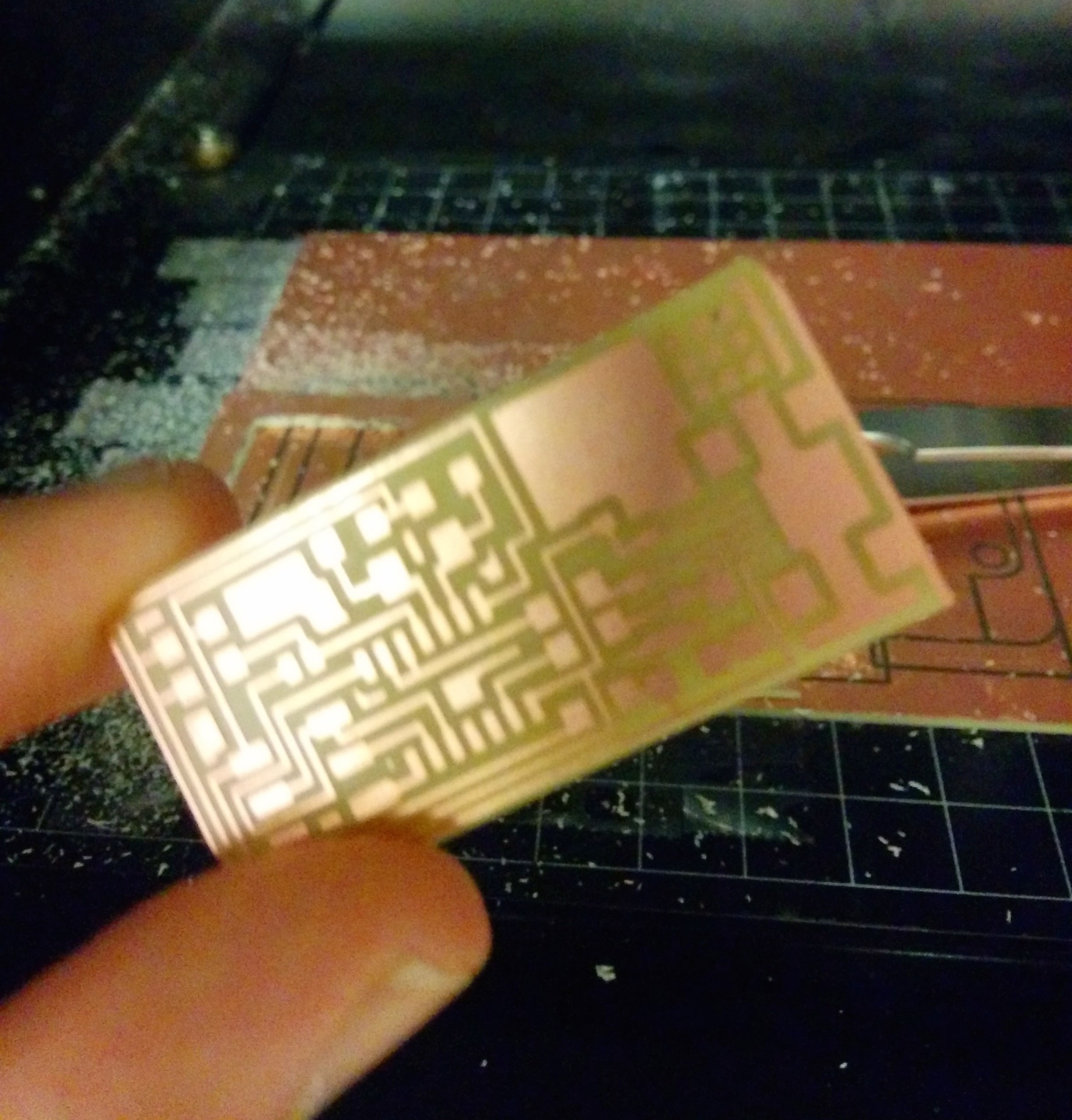 Although I had some experience with soldering, surface mount soldering proved to have a steep learning curve. The technique I used for soldering most of the components was:

This took 3 hours and later I found out that I’ve put a resonator instead of a crystal. OOPS.

Before programming, you need both avrdude and avr-gcc installed. On my mac I prefer managing software via the homebrew package manager.

Now you can run the make commands included in the firmware but make sure the proper usbdriver is used in the Makefile. in the tiny44 case:

And… It didn’t work. make fuse failed suggesting something is wrong with the board. This brought me back to the magnifying glass and checking traces with the multi-tool. I found some short circuits and places where the traces cracked. After some quick fixes I tried make fuse again and… Voila!. It worked along with make program 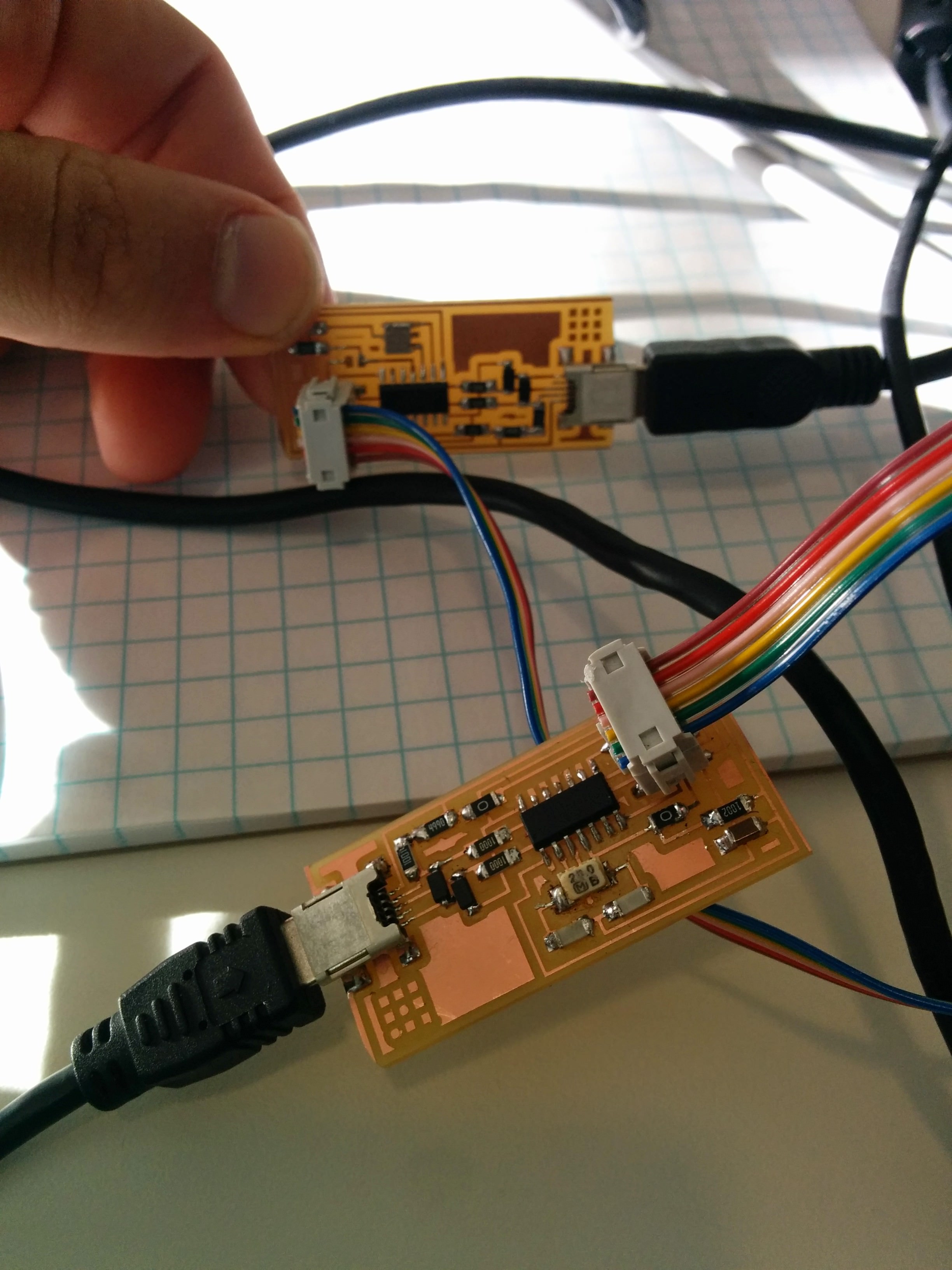 (and yes, that somehow worked although I put a resonator instead of a crystal. explanations, anyone?)

P.S: My original plan was to fabricate a custom skull shaped FabISP board with the teeth as USB connectors and eyes as power LEDs. Unfortunately, I kept screwing the circuit with eagle so I gave up for now. Skull.ISP is left for a later week.