This week was about 3d - Printing in various methods, machinery and scanning tools. Our assigment for the week was to create a 3d object that can’t be done with substraction manufacturing.

I’ve decided to print a percussion rattle made from a hollow sphere. The sphere contains multiple small balls that create a sound when shaking. 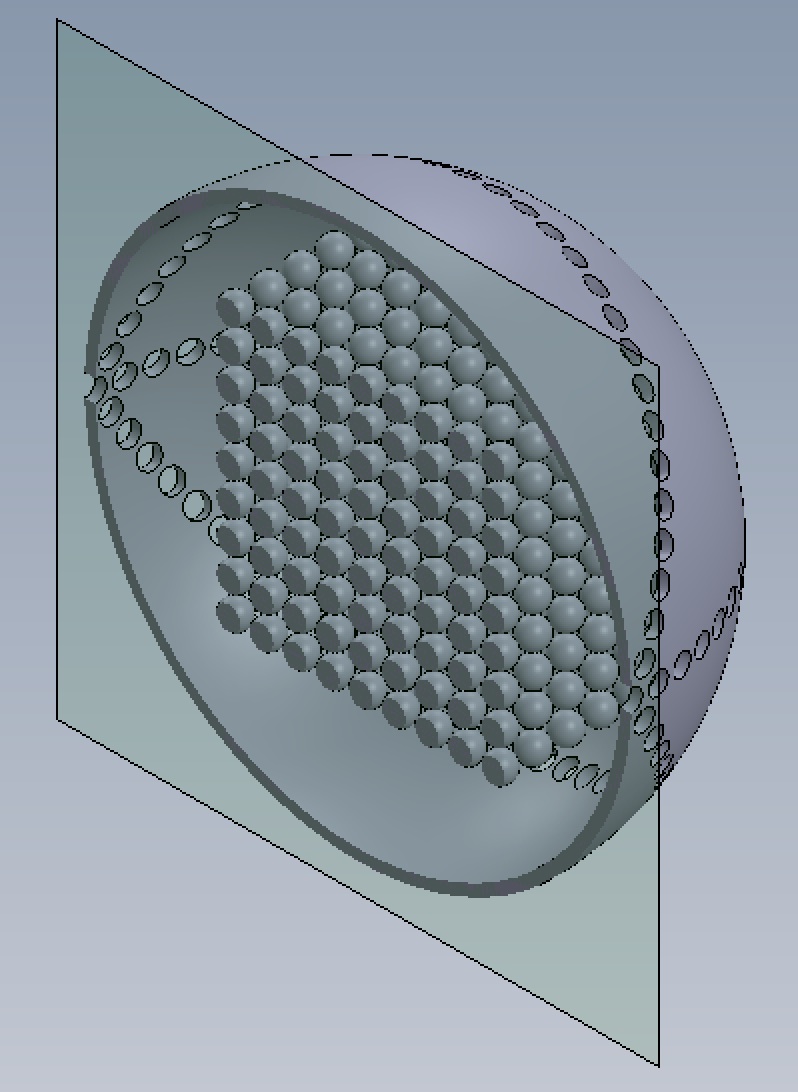 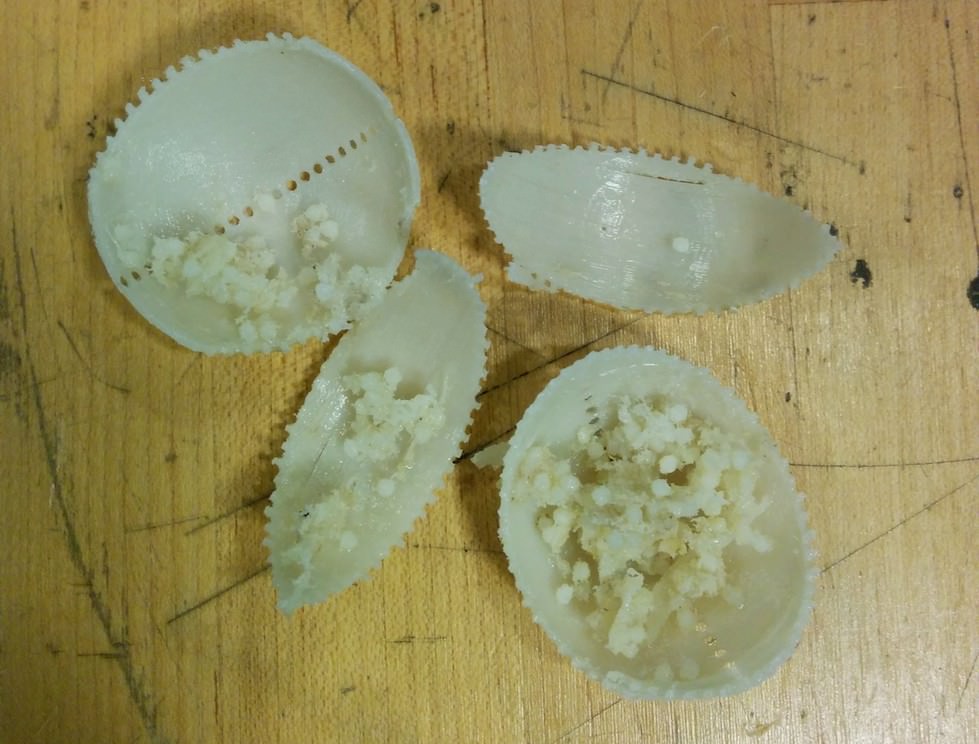 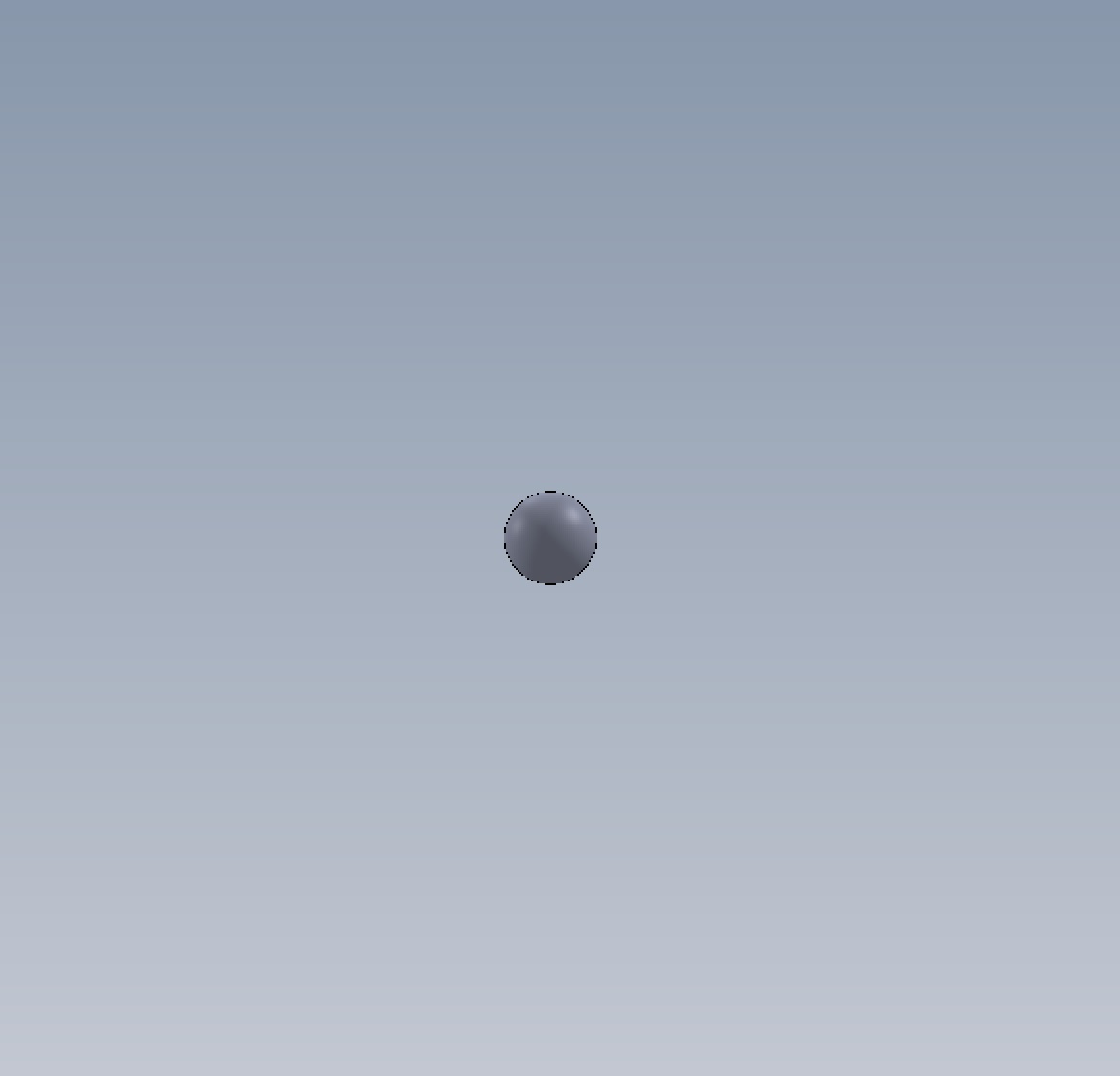 Next, the hollow sphere part which will contain the balls. The sphere must be drainable to be able to get rid of excess support material. I originally planned to have a unified pattern of holes all over the face of the sphere. while playing with circular patterns I accidentally created a “baseball ball” like shape which I liked so I went for it. The sphere was created with a diameter of 10cm and the holes with 4mm diameter so the balls won’t fall through. 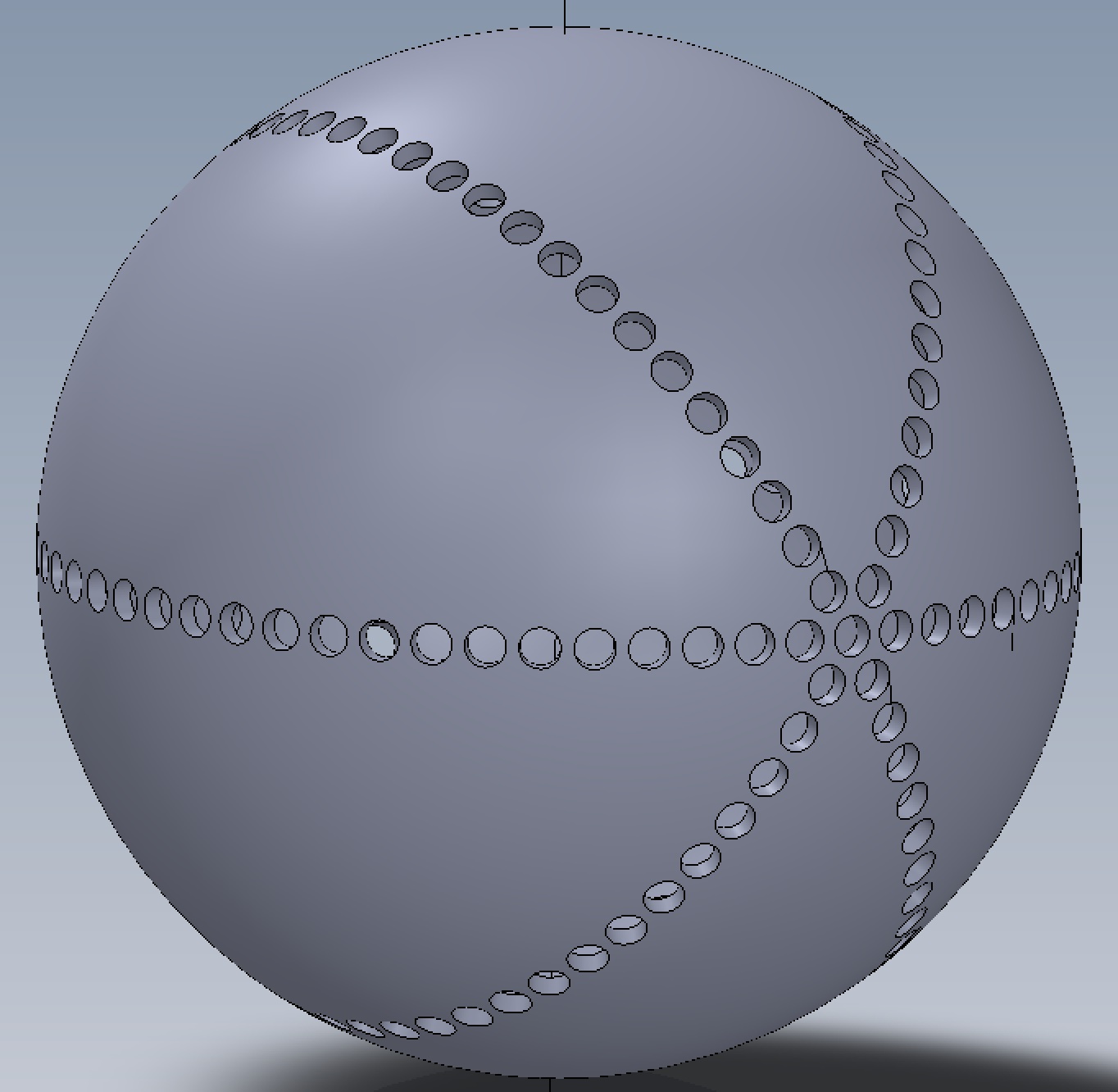 Finally, the assembly was pretty straight forward. First I imported the small ball and multiplied it with a linear pattern in 3 axis. Next I imported the big sphere and position it to cover the balls.

All 3d printers require a binary .stl file. Solidworks does not allow exporting assemblies to .stl files so I needed to convert the assembly to a part (note: I could probably just build it as a part to begin with, there’s no need for an assembly here).

Next problem, the exported stl file weighs 250mb which is too much for the printer’s computer. Re-exporting with coarse resolution reduces size to 80mb. 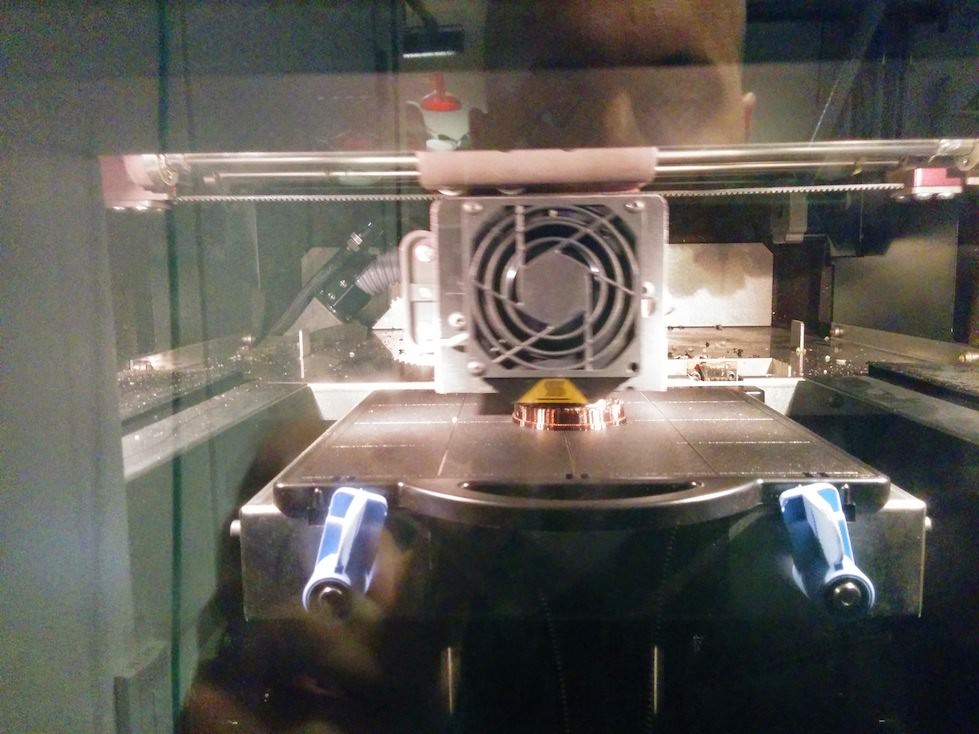 OH SHIT. the balls are so small that some of them were blown away by the wind created by the fan inside the printer. Let’s wait and see what happens.

Not looking good. Structure is too thin and deformned perhaps because of the missing balls. Waiting for result of caustic soda bath. 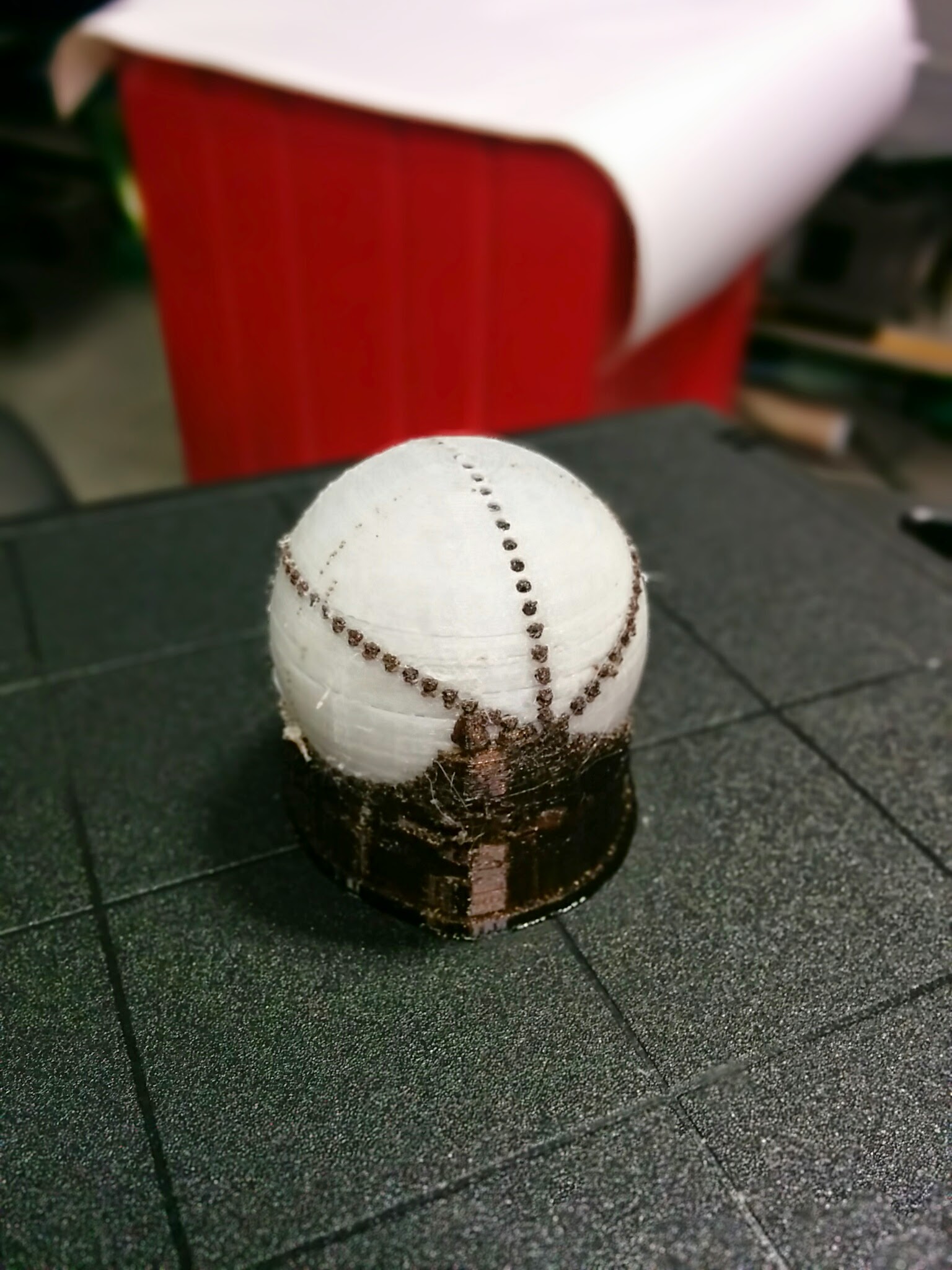 I experimented with 3d scanning using the SENSE scan. Conclusions: 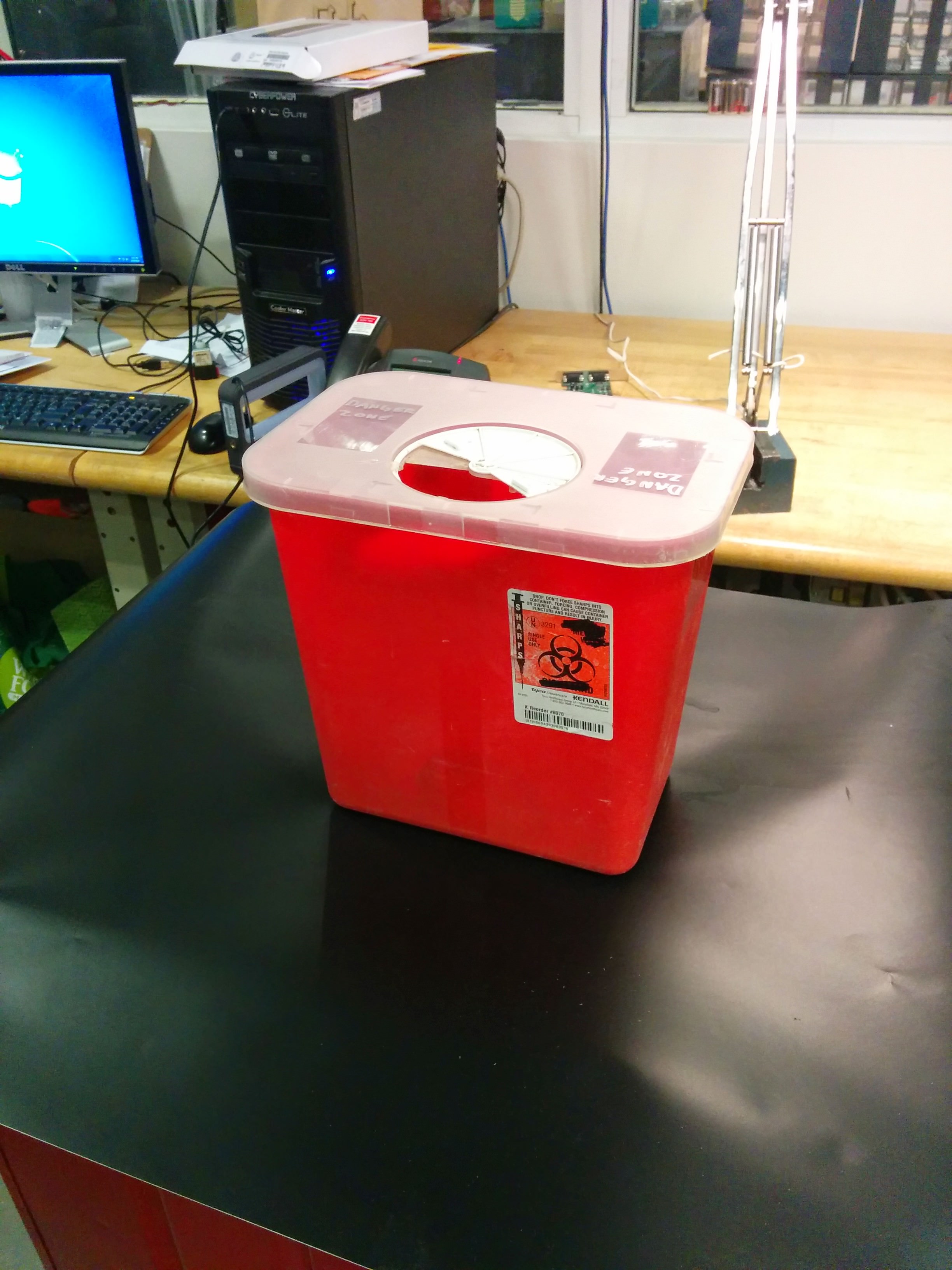 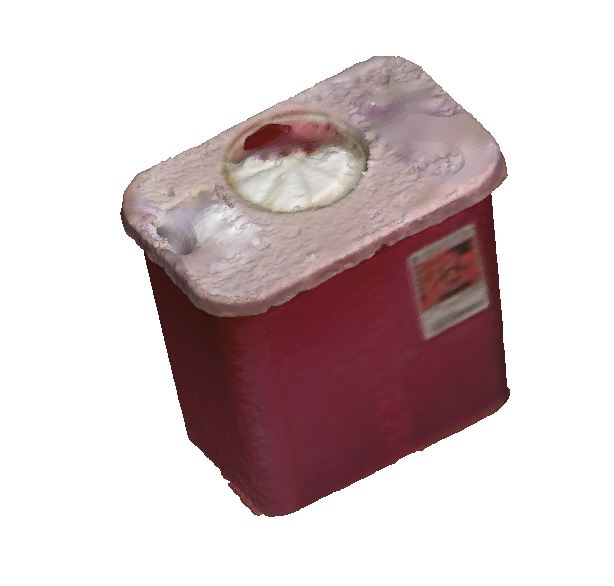