This week we dove into programming our AVRs. Our assignment was to program the board we milled todo something. 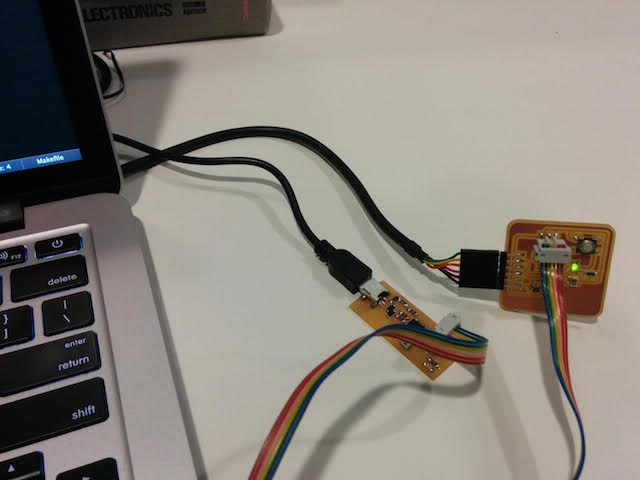 (Disclaimer: I used Jonathan’s design due to issues with my own)

Recap - Preparing your OSX Enviornment to develop for AVRs

Before programming, you need both avrdude and avr-gcc installed. On my mac I prefer managing software via the homebrew package manager.

I first deployed the “Echo Hello World” sample as illustrated by Neil in class.

Instead of using the term.py script I used the native unix command screen:

Tip: if you’re on OSX with only one serial over usb connection you don’t need to look for the device id. Just start writing “/dev/tty.usbserial” on your bash shell and then hit TAB for auto-complete. this should be the only device matching.

Next. To make the LED blink I deployed the following code using the same makefile as in the “Echo Hello World” project. (The led is wired to my PA7 pin)

This didn’t work - my led was placed backwards in the board. I found this out using the diode test feature of the multimeter. had to remove and re-solder the right way and voila!

However, although working I still had a weird problem where pressing the button made the LED brighter. After research that led to no conclusion I found out that a wire from the switch was attached to one side of the led due to a milling issues which I missed. This caused, upon pressing the switch, for current to flow through the led without a resistor. 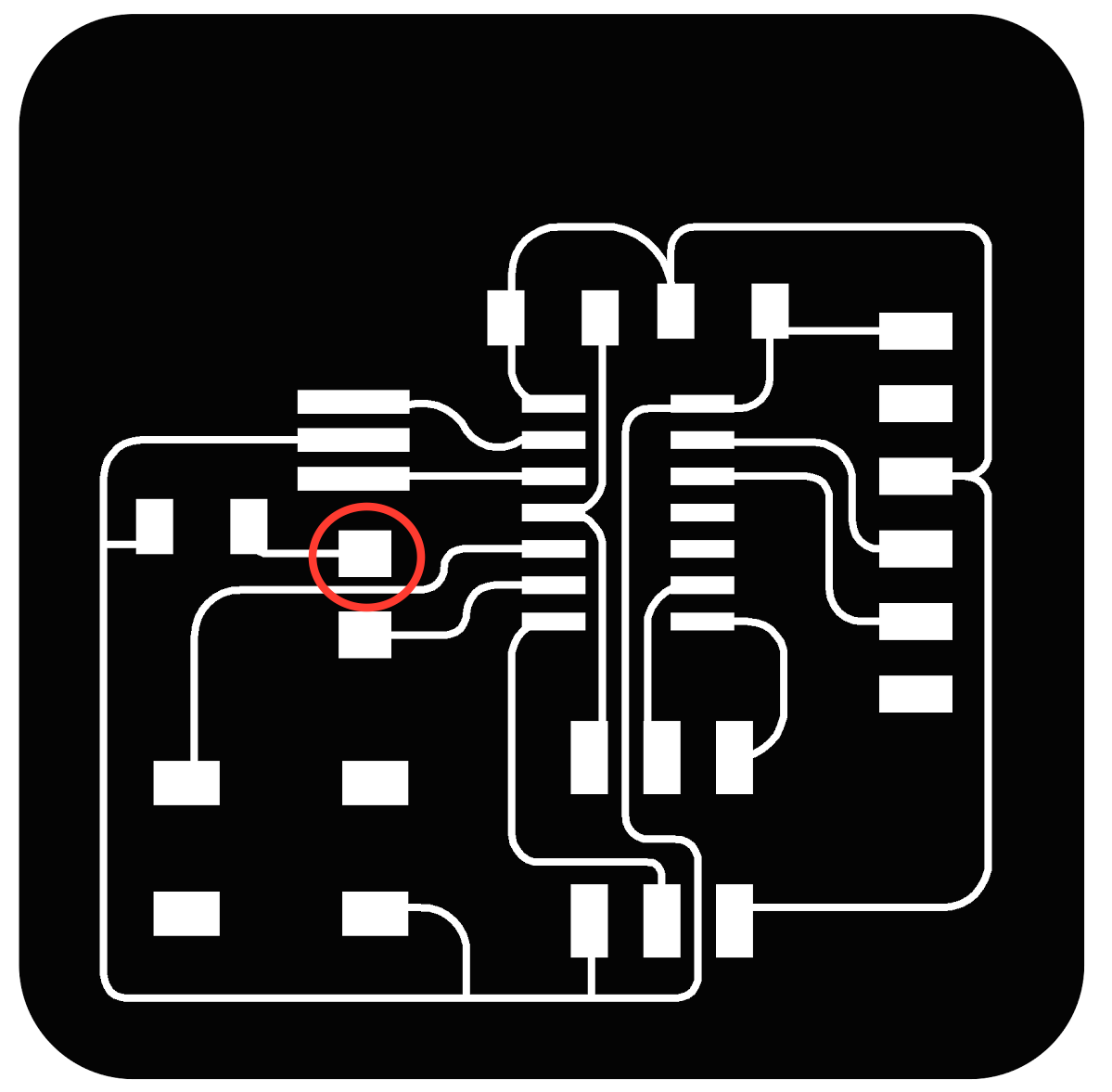 Unfortunately, using the exact same setup I couldn’t deploy any more code to the AVR. After trying to replace the programmer and cables I’m sure that something is wrong with the board. Will fix for next weeks.